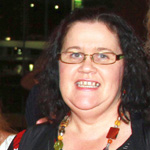 An Aboriginal/English/Irish Australian woman from Wiradjuri country New South Wales, Nola is the Founder, Principal Director, content writer and Aboriginal consultant for Crackerjack Education. She is an independent researcher and published children’s author of The Sugarbag, A Beach for Us to Play and The Sand Symbols. Nola was appointed the head writer for the Indigenous Literacy Project in 2012. As a former social worker, she is passionate about strengthening culture and building resilience in young Australians. Nola brings her vast creative abilities to the Crackerjack Education website through original contemporary Dreamtime stories, poems, rhymes and age-appropriate cultural information stories. Having worked as an Indigenous Early Childhood Consultant for many years, and as founder of the largest Aboriginal & Torres Strait Islander Early Childhood company, Nola is up to the challenge of working with the Crackerjack team and the 50,000 Years Project to deliver an exciting and culturally amazing ancient Australia website. 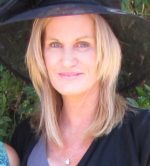 A Scottish/Irish/Australian woman from Brisbane, Queensland, Janelle has been a practising educator for over a decade. This journey as an educator has instilled in her a passion for all things Australian, and for educating children about this country’s great history and treasures, and expanding their knowledge of Aboriginal & Torres Strait Islander culture. Janelle also holds a degree in psychology, which has given her great insight into what is required to give a child a well-rounded educational experience. She is the curriculum researcher, marketing guru and co-editor of the Crackerjack Education website. 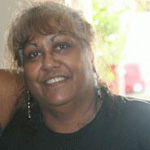 An Aboriginal woman from Wakka Wakka country of Eidsvold, Queensland, Lynn has over 20 years’ experience working within Aboriginal education as a Community Education Counsellor, and has spent the last few years honing her skills as a film producer. Since starting her company Willy Wagtail Film Productions, Lynn has found her passion and the future is an exciting one. She has been working with the EATSIPEC (Embedding Aboriginal and Torres Strait Islander Perspectives in Early Childhood) early years team, implementing the Queensland Government’s Kindy program. 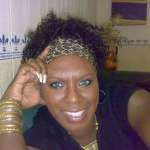 A Torres Strait Islander woman from Mer (Murray Island) in the Eastern Torres Strait and Meriam language group, Bridget has trained and worked with Aboriginal & Torres Strait Islander communities around Australia to develop financially viable opportunities and self empowerment programs. Since starting her company Journey Forward, she has established many private enterprise businesses in remote and urban communities, and continues to connect corporate Australia with the Indigenous people of this great land. 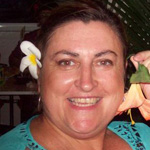 A recently retired primary school teacher of 25 years, Michelle lends her extensive educational experience to the Crackerjack Education team. She has provided invaluable guidance regarding lesson planning and keeping our resources teacher friendly. As the wife of a Torres Strait Islander and mother of two boys, her understanding of cultural education, as well as mainstream education, makes her a very important member of our team. 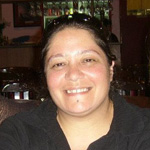 Yindi Artz has been operating on the Sunshine Coast of Queensland for the last ten years and is now located in Sydney, New South Wales. De is an Aboriginal woman from the Wiradjuri Nation in Central Western New South Wales. Yindi Artz creates exciting and innovative works, while keeping sight of individual and business requirements. De is an award-winning Aboriginal artist, winning the 2008 South East Queensland NAIDOC award for distinguished services in the Visual Arts Industry. In 2011 and 2013, De was a ‘DEADLY AWARD’ nominee for ‘Visual artist of the year’. 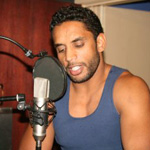 Preston Campbell has become one of Australia’s most influential sporting ambassadors, with a track record of volunteer work that has made a significant difference to both the Indigenous communities and to the ethos of the National Rugby League (NRL). It was Preston who masterminded the Indigenous All Stars football game, which now kicks off the NRL season. 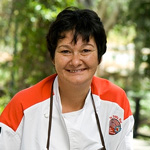 Dale is an Indigenous woman, born in Dirranbandi in South West Queensland Kooma tribal lands, and a fully qualified chef. As a chef and teacher with Aboriginal roots, Dale’s goal is not only to introduce these unique foods and tastes to the public, but also to reintroduce her people to using bush tucker again.

WARNING: “Aboriginal & Torres Strait Islander people should be aware that this website may contain images and/or names of people who have since passed away.”